What to Expect From “Don’t Toy With Me, Miss Nagatoro” Anime Adaptation

Don't Toy With Me, Miss Nagatoro

Don’t Toy With Me, Miss Nagatoro is a manga series that is written and illustrated by Nanashi. It is a popular series that has generated a lot of buzz for itself, which now is getting an anime. The anime series is getting adapted by Telecom Animation Film. Its exact release date is unknown, but it will be premiering in April 2021. The show follows the story of a male student who meets a girl named Nagatoro that gets his life turned upside down upon meeting her.

In the beginning, she wanted to see his reaction to verbal abuse from some other girls that aren’t well-meaning. This turns out just the thing he needs, and it also marks the beginning of her testing him, but as time pass he doesn’t realize that her teasing is a sign of her liking him, which he later starts to realize.

As for the cast, it consists of Hayase Nagatoro, who is a 16-year-old girl that likes to mess with Senpai as well as finds joy in teasing him. This might seem like torture, but the reads find out that she has a crush on him. Next up is Senpai that is the protagonist of the series who avoids any type of social interaction with other people and loves to draw. After meeting with Nagatoro, he hangs out with her and her friends, making him even more self-confident. Gamo-chan is one of the members of Nagatoro’s friend circle. She is the most mature amongst all of her friends, Gamo-chan has a tough appearance, but she acts as a big sister towards all of them. 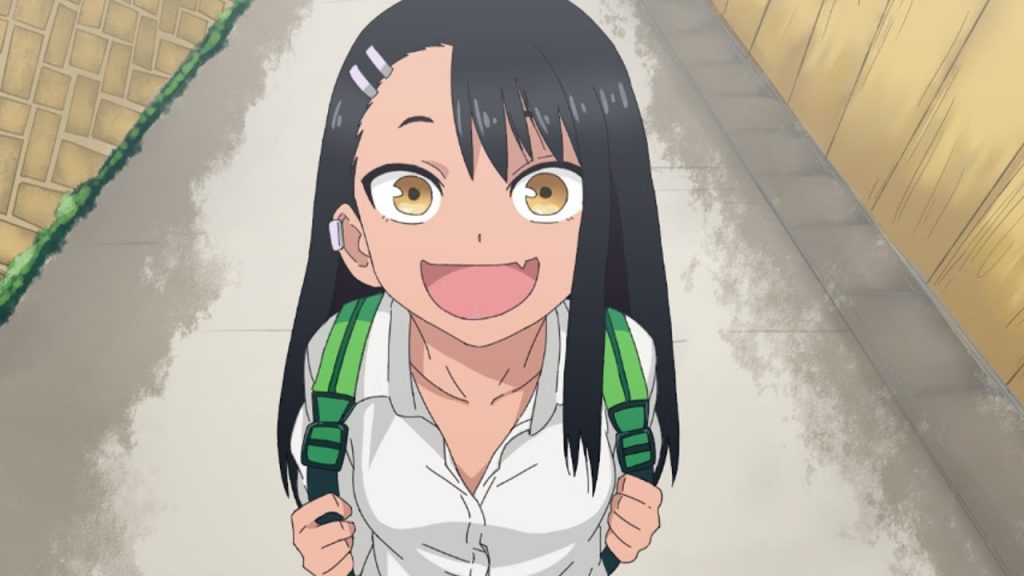 There is also some kind of friendly rivalry between her and Nagatoro because she is the first person that realizes that Nagatoro has feelings for Senpai as she enjoys teasing both of them. Yoshii is one more member of the group who follows Gamo-chan around who also up to schemes. She isn’t bright, but Yoshii also has high energy and has many other traits that make her one of the series’ recurring characters. Sakura is the least seen character in the series that haven’t been seen in twenty-five chapters until finally returning inexplicably. She is a sweet and relaxed character, but on the inside is sowing the seeds of jealousy in groups of boys that compete for her attention.

The club president characters are her long hair and have dark brown eyes. She is a serious character, and she respects Senpai. The voice actors for the anime series have been revealed, which are as follows, Daiki Yamashita as Senpai, Mikako Komatsu as Gamo-chan, Aina Suzuki as Yoshii, Shiori Izawa as Sakura, and the anime’s staff once said that Sumire Uesaka would voice the heroine Nagatoro. Hirokazu Hanai will be directing the anime at Telecom Animation Film, and Taku Kishimoto is supervising the series scripts. Misaki Suzuki is designing the characters.

Upload Season 2 In Production, Releases on Amazon Prime Next Year

Upload Season 2 In Production, Releases on Amazon Prime Next Year