In the words of Jim Morrison: "This is the End, beautiful friend"

No more threats, no more soft diplomacy, no more bark worse than bite. The US administration finally dropped the axe on Chinese-owned TikTok and WeChat starting this Saturday. This decision comes after a tug-of-war negotiation between TikTok’s Chinese puppetmasters and US authorities regarding the acquisition of the video-sharing social media app by a US company —all the while the US federal government cashes a hefty “finders’ fee”.

It’s bad news for Tencent and ByteDance, and their apps will no longer be available in US app stores starting on Sunday. This decision comes after weeks of failed negotiations with companies like Microsoft, Oracle, Walmart and two other venture capital hedge fund firms.

The ban comes in light of claims of national security. The American government considers that TikTok gives private data to the Chinese government, which, in turn, could use the gathered information against American interests.
Wilbur Ross, Commerce Secretary to the US administration, said that the ban comes “as a combat to China’s malicious collection of American citizen’s data.”

TikTok’s puppetmaster ByteDance went as far as to offer to relocate the social media app’s headquarters to the US while trying to keep critical aspects of the software without any success. TikTok’s defense of not keeping their data in Mainland China but South East Asia. Still, that wasn’t enough. 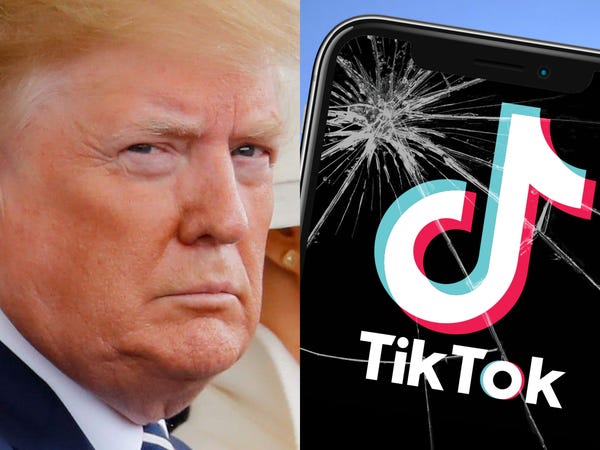 On Saturday September 19, 2020 WeChat will be removed from US app stores, the American mandate includes a ban on internet services that handle every aspect of the functioning of the app, including code, and other aspects.

WeChat has no equivalent in the western hemisphere, as the app in Mainland China is central to every day life of millions of Chinese citizens who use the app to stay in contact with their families, send remittances, pay services like gas, electric and water bills. The ban will force companies like Google and Apple to remove the app from their platforms.
Because WeChat’s penetration in Mainland China is so massive, the fact that the app will no longer be available will render millions of mobile phones useless, as Chinese citizens will have to migrate to other phone manufacturers to keep their apps and contacts.

Many Chinese citizens opened up WeChat accounts before they even had email. Let that sink in. Those millions of useless mobile phones are also a big problem for tech manufacturers like Apple, whose presence in China with their iPhones will be severely hampered as their devices won’t be able to run that app. This is good news for Mainland China domestic consumer electronics manufacturers like Huawei, ZTE and Xiaomi, who are more than willing to cater to the gaping hole that WeChat will leave after the American ban kicks in.

For TikTok, and its billions of users, companies and stakeholders, the piece of news is dire, as millions of dollars worth of advertisement, coupled with investments and other juicy deals will go up in smoke as the app just vanishes from the panorama. Still, there are alternatives and many influencers have taken the initiative to migrate to other platforms with similar characteristics like Byte or Triller.

What’s Up With Traditional Movie Theaters?

What's Up With Traditional Movie Theaters?