TikTok’s Plan To Escape the US Ban

Can sneaky relocations save the app from doom?

Chinese company ByteDance is scrambling to save its most precious asset, social media video-sharing app TikTok as it faces a fire sale ultimatum of ceasing of operations after the Trump administration accused the app of conducting massive cyber-espionage with face identification and sending that data in favor of Chinese intelligence.

The White House mandate stipulates that ByteDance, the parent company must sell the entirety of its TikTok assets to an American company, and the Federal Government of the US wants to have a slice of that transaction, as it will charge a fee for the liquidation.

Larry Ellison, a vocal supporter of Donald Trump’s protectionist policies and owner of Oracle, the company that will sugar daddy TikTok after its divorce with ByteDance will set up shop and HQ in US territory.

Walmart, the world’s largest retailer, and tech giant Microsoft want to become minority stakeholders in TikTok’s new US-quartered structure. While this restructuring would make ByteDances’s role a minor one, the Chinese company will still be in control of a crucial aspect of the app, its algorithm.

For the United States, TikTok became a national security issue in light of the relation of its parent company to the Chinese government, as the laws governing the functioning of tech corporations in the People’s Republic of China mandate that all companies must give their data and cooperate with Chinese state authorities, while TikTok claims that they hold their data servers outside Mainland China and that they’d never give out voluntarily their users’ data, the question remains, because what would TikTok’s board of directors do if Chinese authorities request users’ data under duress? Refuse? Not likely.

TikTok’s avant-garde face recognition, geolocation, tagging, and seamless integration with other apps make it the ideal cyber-espionage candidate: a rather innocuous app featuring videos of people dancing to popular pop songs and other kinds of content. 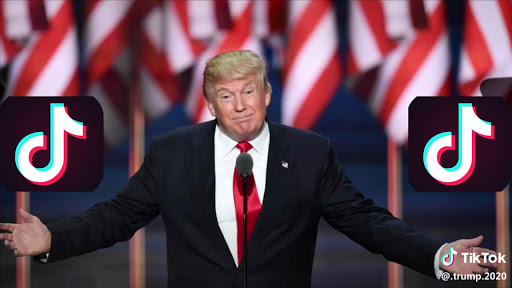 TikTok isn’t the only company to become the object of governmental scorn, sanctions, and bans, as many other apps and companies get the boot and censor from regulatory agencies regarding espionage, racketeering, and corrupt practices. Just in June, 59 apps of Chinese manufacture got the ban in India, later in August, 118 more apps also got the ban in what seems to be a global shunning of Chinese tech quoting security concerns.

Even 5G, the latest hardware technology that allows us to surf the internet more efficiently is at the center of a controversy regarding Chinese companies for the same reason: Network carriers worldwide are reluctant to buy Chinese 5G hardware because they’re afraid that regulatory government agencies might force them to dump the infrastructure altogether.

Even in Mainland China, where the government went as far as to set up a 5G ministry the rollout of this technology is on slowdown because of Covid-19, and the trade war with the United States which hampers the production of hardware because of parts and component shortage. All in all, TikTok’s future as well as the entire panorama of Chinese telecommunications is in check.