The Kingsman Ralph Fiennes: From Where It All Begun!

by DailyNewsX Team
in Entertainment
0

The Kingsman series is based on the comic book created by Dave Gibbons and Mark Millar. It revolves around a secret intelligence agency operating out of England without any government oversight. Kingsman is famous for flashy action sequences. The series is a big success, with the first two parts Kingsman: The Secret Service and Kingsman: The Golden Circle — earning up to over $825 million. A third installment, Kingsman: The Blue Blood, is in development; here’s everything we know about The King’s Man, including its new release date.

The King’s Man is delayed for a theatrical release.  Matthew Vaughn’s prequel the Kingsman series has been postponed. Initially, the release was on 18 September 2020  but now has pushed back to 2021. The delay by the 20th Century Studios film is not the first time. The King’s Man has been delayed back twice in the past, first from November 2019 to February 2020, and then to September 2020 — but this time delay is due to the ongoing Coronavirus Pandemic. This time  The King’s Man will take us back in time when it was founded, a very different era, almost a full century. The question is, what can we expect from this prequel? The franchise may feel a bit different this time as the set in the early 20th century. But it will retain most of the same charm and action that the audience love.

the first look for the teaser of The King’s Man was released in July 2019, which showed the Kingsman organization’s origin; later, the full trailer came with a more extensive look at the story. Another Trailer came in June 2020. Now the Audience is waiting eagerly for its release. The prequel has the set up of world war 1. It follows the same trajectory as in the other parts where an agent trains recruit to stop evil. 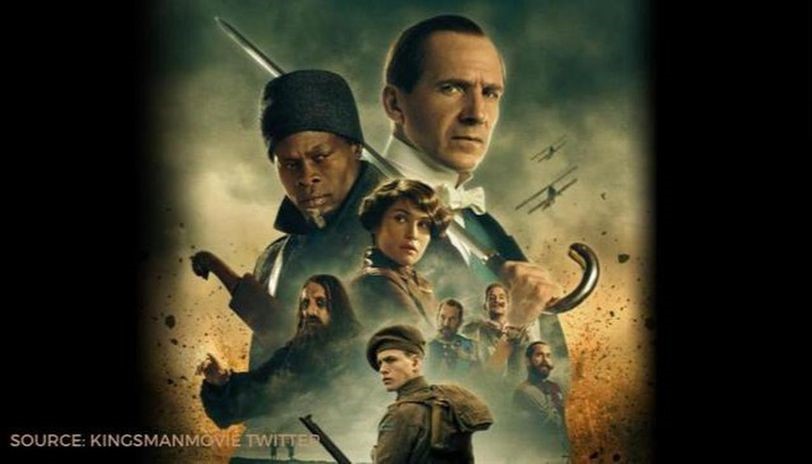 The King’s Man has a  troubled journey since its first look. The film was originally scheduled for release on 15 November  2019, but later it was shuffled a couple of times, which included pushing The King’s Man even further back to September. Coronavirus Disney seemingly pushed back the release date to 26 June 2021, Hoping for theatres to reopen.

Ralph Fiennes plays the Duke of Oxford, a wealthy noble who created the Kingsman organization. Harris Dickinson plays Conrad; he is the son of Duke wanted to be a soldier but helps the organization. Gemma Arterton and Djimon Hounsouplays Polly and  Shola, respectively. Finally, Rhys Ifans plays Grigori Rasputin. The Russian mystic The film will also star Matthew Goode, Tom Hollander, Daniel Brühl, and Charles Dance in other roles.

The Plot of The Kingsman Ralph Fiennes

The new release of  King’s Manis, the prequel, deals with the organization’s origin story at the center of the first two films. Character Duke was played by Ralph Fiennes of Oxford, The founder of “the first independent intelligence agency.”

Conrad, the Duke’s son and protégé in the creation of the organization. The newfound Kingsman members operate without oversight to preserve peace at all costs, but with World War I serving as the backdrop, it won’t be so simple.

This is the Daily News X Team. As the editor for the site, we make sure to bring you the latest and most accurate information about the entertainment industry.