Rust just got an update that bought many new changes to the game and it includes an elevator which is a new deployable object that will allow players to travel between the floors of their base. In order to use them, players have to place an Elevator on the ground floor and afterward stack some more Elevators on the top to add floors. When the elevator receives the power by plugging it in a power source at the top of the shaft, players can use the up and down button in order to move from floor to floor or just going to the bottom or to the top. There will be these buttons on each floor which will make it more accessible. The developers have made it much easier as they have added the Push Button that sends a small burst of power upon pushed and it works even if there isn’t any power connected to it. But don’t go underneath the elevator because it will kill you if you get stuck under it. 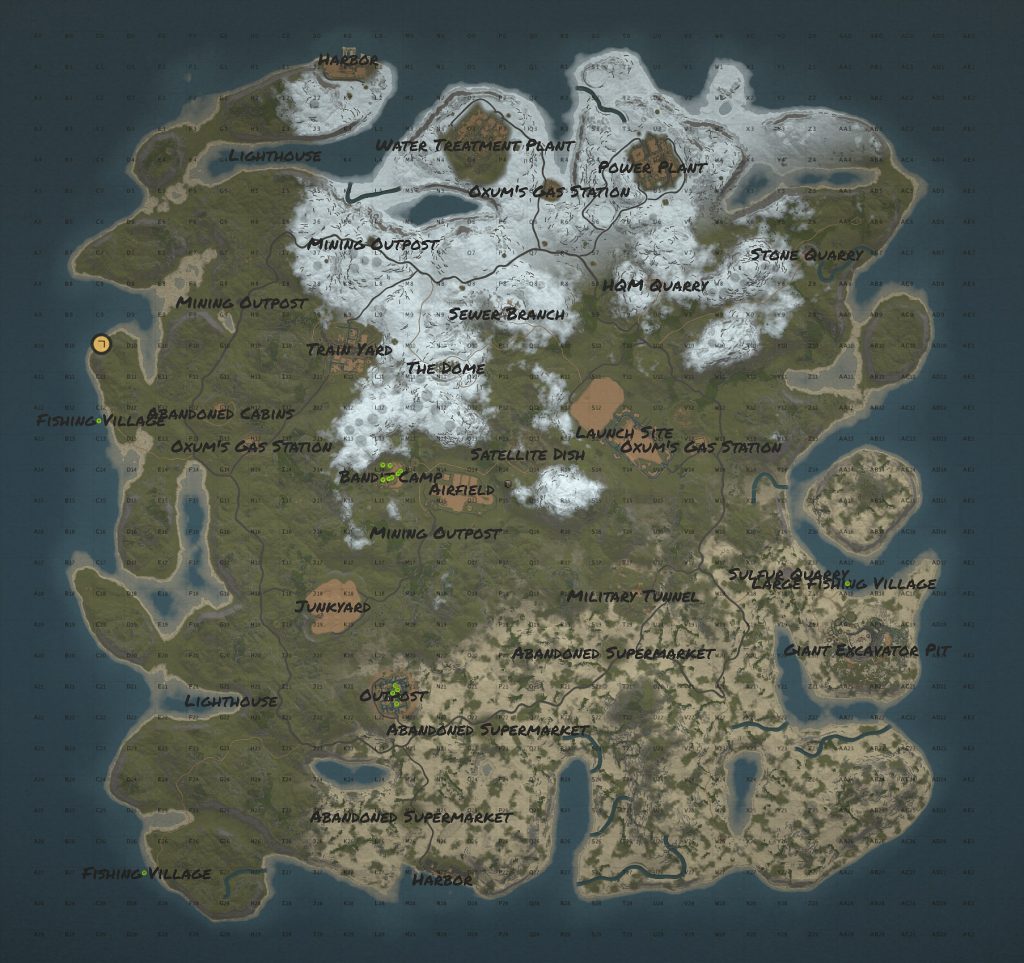 The road system also got some changes which was a very big problem for the developers because the smaller monuments were not designed to have road connection points at that time. They also thought that it would look ridiculous with a massive road going up to them in the beginning. Instead of those, the developers have added smaller dirt trails that suit the game and it even looks much nicer. There was another problem with the road system was that it would have a minimal road network with the least amount of road but even with that, it would still connect to all the monuments. The reason behind this was the underlying algorithm which was optimized for the shortest possible road, as it tends to do that. Adding redundant road connections wasn’t that big of a deal as it wasn’t that complicated for them.

In the end, they came up with a solution that uses force vectors that pushes the secondary road connections away from the monument but at the same time also been connected to the main network in a normal-looking way once they are far away from their origin. Players have complained for a long time that many times they would accidentally pick up items but mostly in things which include electrical circuits. It was a tough job to rewrite entire setups but they have ultimately down I which wills that the player will now have to press and hold their use button for only a short duration of time in order to pick up objects instead of a single frame press. But this comes at a cost which that in order to pick up the sleeping bags, players will have to require a hammer to be picked up. In the future, this might get changes according to the developers.

Teas have been a part of the game for quite some time now but their buffs weren’t that impressive and now to make them more useful they are getting buffed.

Healing Tea – Both Advanced and Pure versions will now give a small amount of instant health, As well as greater healing over time

Venders are going through some changes which will somewhat nerf them. Before NPC vendors had an infinite amount of cloth which meant that players could take 5000 cloths to a vendor to sell it for scrap. But this has been changes, now vendors have to refill their stock after when a player takes some. This only applies to the cloth trade at the Produce Exchange and all other items fully replenish their stock much quicker. The map is getting a slight rework. The color should be more will be similar to actual terrain and it also has been done so the player will be able to read the map more easily. With this update, a new skin for the Hazmat suit will be coming which is called Cobalt Space Suit which was first called Project Nova required by Cobalt in order to bypass the design phase of an EVA suit.

These suits were produced in limited numbers and their whereabouts are unknown but somehow they were retained for terrestrial applications, due to their radiation protection properties. There are some bugs fixes as well one of which was the bug which recycled stacks yield few resources than individuals. They fixed the bug where the lights do not turn on of the cargo ship during the day time. The issue with the invisible barrier across the airfield rear door and glitchy interior door at the airfield have been fixed. There was also a bug that didn’t allow players to place water items like boogie boards, tubes when the water level was changed. The search text that used to appear on crafting UI incorrectly has been fixed. There was also a bug that made the barrel gibs appearing in the wrong color, it has been fixed now.

Also, for some reason players weren’t able to download some textures from the Workshop Submission UI but it has been fixed now. The vehicle parenting exploits, projectile velocity change exploit and projectile penetration exploit bug have been fixed. The developers have fixed many RPC exploits and DOS attack vectors. Sometimes players spawned very close to the fishing village and fishing villages sometimes spawning on islands have been addressed in this update. They have fixed green card respawn at swamp_c and there was another bug with the engine stats that didn’t appear when inspecting an engine on a car. These are some of the bug fixes that the lastest update bought with it and if you want to check all of them yourself, you can do so by clicking right here. Elevator Update is currently live and you can play it for yourself.

Call Of Duty Modern Warfare/Warzone Season 6: Everything You Need To Know About It