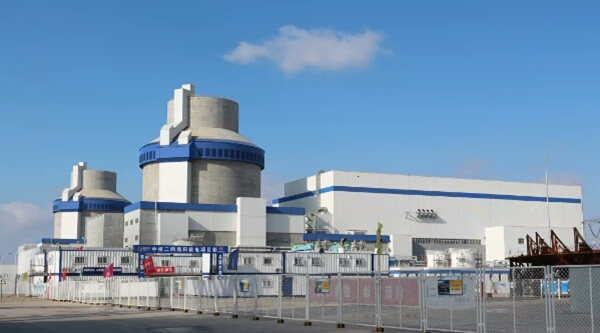 The responsible comrade said that the National Nuclear Safety Administration's disclosure of information on the operation of nuclear power plants through the National Nuclear Safety Administration's website was conducted in accordance with the "People's Republic of China Nuclear Safety Law" and other relevant government information disclosure regulations, starting from June 2019. So far, 19 operating incidents in nuclear power plants have been disclosed, including 14 in 2019 and 5 in 2020.

On March 6, 2020, Unit 2 of Haiyang Nuclear Power Plant was in full power operation.

At 20:39, after identifying the cause of the main pump 1A trip, the operating value will be executed according to the operating procedures, and all three main pumps will be restarted after being shut down. Before stopping the main pump, you need to isolate the non-borated water source according to the procedures. When the operating personnel at the scene closed the desalinated water pneumatic isolation valve, the operating device was close together, and the passive containment cooling water storage tank outlet was opened by pneumatic isolation, which caused the passive containment cooling system A channel to be put into operation.

After the incident, Haiyang Nuclear Power Plant defined the two incidents as operational events in accordance with Article 4.1.4 of the "Reporting System for Nuclear Power Plant Operating Units" which led to automatic or manual triggering of special safety facilities and reactor protection systems, and A notification of the operational incident was submitted to the National Nuclear Safety Administration.

During the two incidents, the crew had no radiological consequences, no personnel exposure, and no environmental pollution. According to the International Manual for the Classification of Nuclear and Radiation Incidents, both incidents are defined as Class 0 incidents, which are "non-safety-critical" incidents.

The responsible comrade emphasized that the National Nuclear Safety Administration will, as always, attach great importance to and continuously strengthen the supervision of the safety of nuclear facilities, strive to achieve the goal of modernizing the nuclear safety regulatory system and regulatory capabilities, and continue to improve the safety level of nuclear power in China.

BitMEX may add KYC, and this is bearish for Bitcoin: traders explain why

Since the first time he earned a little cash by selling fireworks in school, Aashish has devoted his heart and mind to the world of business and in understanding the nuances of generating profits. His strong academic credentials in business administration enable him to read between the lines and predict the next market move almost to perfection. From Stocks to the new age marketing gimmicks, Aashish has a keen interest in all things that help him make profits but he also spends time on understanding what made the biggest business blunders of all time happen. Follow Aashish to understand how and why the world of business runs the way it is and to get some lightning-fast updates on the latest business trends. Contact Aashish Gehlot at Aashish@hwsrv-654832.hostwindsdns.com

Coronavirus outbreak 2019: we will overcome the difficulties-swi swissinfo.ch

The U.S. cryptocurrency landscape is changing – here's what you need to know

Link Cryptocurrency Flash crashed 99% to 0.0001 after tanking the market

Should there be "official answers" in the epidemic? Shenzhen: Can't force concession on the other side-Finance News