Today, we have loads of web series around us. Be it Hotstar, Youtube. Netflix or Zee5, all of these platforms have some amazing web shows that are enough to impress you. In the world of web series, there is no limit or end when it comes to the plots. Yes, there are so many genres and different kinds of stories that are portrayed by the web shows. Youngsters are so much into them. Have you heard about Kota Factory? We are sure that you have already watched its first season as it was a big hit, no? In this article, we will be discussing the Kota factory season 2 release date. So, stay tuned!

So, we are sure that you have watched the Kota Factory, no? The show was all hit. The TVF series received much appreciation from the youngster, especially teens. The series deals with the student’s life while preparing for the entrance examination. The struggles are so real, along with the twists and turn with a pinch of comedy and romance. The show is not complicated and shows the simple story of a young boy. People loved the show, and it got so much love. The character of “Jeetu Bhaiya” became famous as no other.

TVF produced this series in 2019, and it is directed by Raghav Subbu. The series is amazing and became the first-ever black and white web series in India. You can watch season 1 on both TVFPlay and Youtube. The first episode premiered on 16 April 2019, with only 5 episodes. The runtime was around 30 to 45 minutes. Jerin Paul has done the cinematography of the series. Now, let us move forward to discuss the Kota factory season 2 release date.

We are happy to announce that there will be a season 2 for the Kota Factory for sure. Yes, the news is confirmed by the makers themselves in a live stream. But, nothing can be said regarding the Kota factory season 2 release date for now as there is no official confirmation related to that. It was expected to release in 2020, but as everything got affected because of this pandemic, the release has been shifted. Now, we can expect its release sometime in 2021. 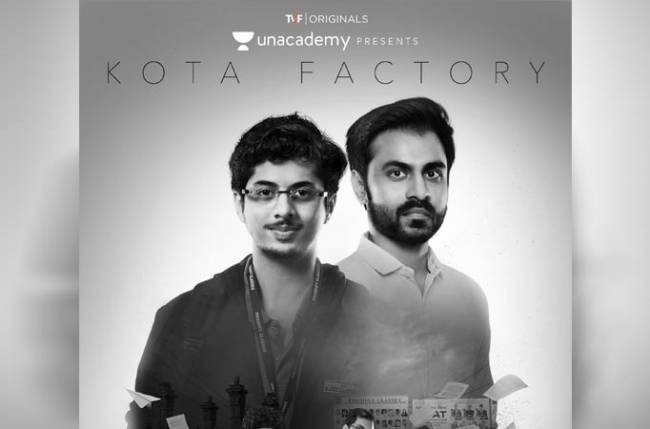 Coming to the performances, they are great, indeed. People loved Jeetu Bhaiya because of his character, acting, and dialogues. In the time of memes, we could see so many on Jeetu Bhaiya as well. Isn’t it a big achievement to get viral on social media for good reasons? Kota Factory did that. The other actors really performed well too. The lead character of Vaibhav Pandey was played by Mayur More while Alam Khan was seen as Uday Gupta, Ranjan Raj as Meena, and Ahsaas Channa as Shivangi.

Well, people don’t have normal or average expectations from Kota Factory 2. Yes, fans are expecting to be awesome. After all, it has set by season 1. For now, people are waiting for the Kota factory season 2 release date. Let us see if season 2 can impress us or not.

Death on the Nile Release Date and Expected Plot