Comedy movies are fun, no? Indeed! It is an absolute pleasure to watch a good comedy movie with your family or friends. We have so many good movies and series to watch when it comes to comedy. Also, on streaming platforms, we have a lot of good and funny content. These days, a trailer is creating a buzz. Yes, we are talking about a movie, Coolie No. 1. In this trailer, we will be discussing a Coolie No. 1 remake trailer starring Sara Ali Khan and Varun Dhawan. So, let’s get started;

This is the David Dhawan movie. It is directed by one of the most famous directors in the comedy genre of all time. We have already seen so many comedy movies directed by David Dhawan, so it is natural to expect something good from him. It is basically a remake of the 1995 Govinda movie with the same name. Background score is given by very talented duo Salim-Sulaiman. Ravi. K Chandran is responsible for the cinematography, while Ritesh Soni is the editor. 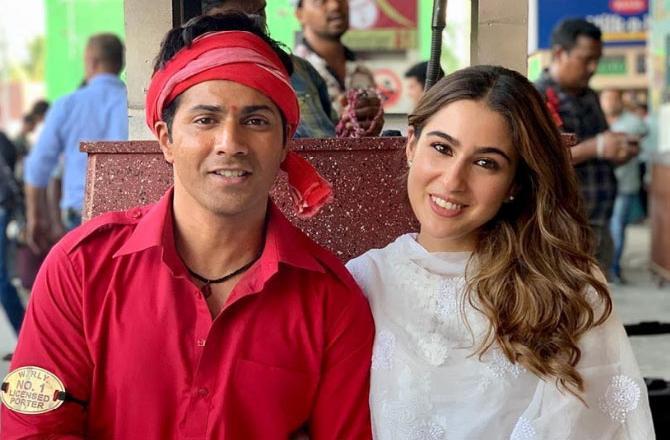 This movie was shot in Goa and Bangkok. The shooting was initiated in 2019 and was completed in February 2020. It was about to release on 1 May 2020, but the release had to be canceled due to the COVID-19 pandemic. Now, people are waiting for its online release, just like the other movies that have been released online only due to the ongoing pandemic. People are waiting for its release now.

You will be glad to know that the Coolie No. 1 remake trailer starring Sara Ali Khan and Varun Dhawan is out now. Yes, The trailer has just dropped on YouTube and trending blissfully. Coming to the release date, it is going to hit the Amazon Prime Video on 25 December. People have different things to say about the trailer. You can also watch it here and make your own opinion about the same.

The cast of the movie including Varun Dhawan and Sara Ali Khan in the lead roles. Varun Dhawan is good when it comes to comedy, no? Paresh Rawal is doing the supporting role, and we do not have to say anything about his performance. He is definitely a legend himself. The movie also stars amazing actors like Javed Jaffrey, Rajpal Yadav, Sahil Vaid, and Johnny Lever. All of these actors are giving so much hope to us.

So, now the trailer is already out, you must watch the same and decide if you want to watch a movie or not. It is the remake of a top-rated movie, so people are definitely expecting very much from this one. Let’s see if this one can reach up to the expectations of the viewers or not. But, we are definitely so much in hope. Let us wait for Christmas to enjoy this latest movie.