Will Smith smacking comedian Chris Rock at the Oscars in 2022 has shocked people worldwide. What appeared to be an intended sketch was recently confirmed by officials to be unscripted.

The heated exchange between the two was in response to a joke made about Will Smith’s wife, Jada Pinkett Smith. Rock made a distasteful joke about Jada’s alopecia areata, referring to her as “GI Jane,” to which her husband, Will, reacted with a slap-up on the stage.

Smith appeared to laugh at Rock’s joke at first, but Pinkett- Smith then rolled her eyes and appeared upset.

Following that, Smith stepped up to the stage, slapped Rock, and returned to his seat, leaving the audience unclear whether the section was preplanned or real.

Rock deadpanned to the audience, “Will Smith just slapped the (expletive) out of me.”

The shocking incident comes after Jada Pinkett Smith, an actress, singer, and talk show host, recently finally opened up about her hardships with hair loss due to alopecia areata, an autoimmune disease. In December of last year, she posted a video of her hair loss, writing, “Mama’s gonna have to take it down to the scalp, so nobody thinks she got brain surgery or something. Me and this alopecia are going to be friends … period!

She has also talked about it in her Red Table Talk.

The Academy of Motion Picture Arts and Sciences has reacted to the Will Smith-Chris Rock slap incident that overtook the 94th Academy Awards.

“The Academy does not condone violence in any form,” it said in a declaration tweeted on its official page. “Tonight, we are delighted to celebrate our 94th Academy Awards winners, who deserve this moment of recognition from their peers and movie lovers worldwide,” it continued.

Following the incident, Smith won Best Actor for ‘King Richard,’ and in a tearful acceptance speech, he apologized. According to the actor: “I would like to apologize to the Academy. I apologize to all of my fellow nominees. This is a beautiful moment, and I’m not crying because I won an award. For me, it’s not about winning an award. It’s about being able to shine a light on all of the people.” 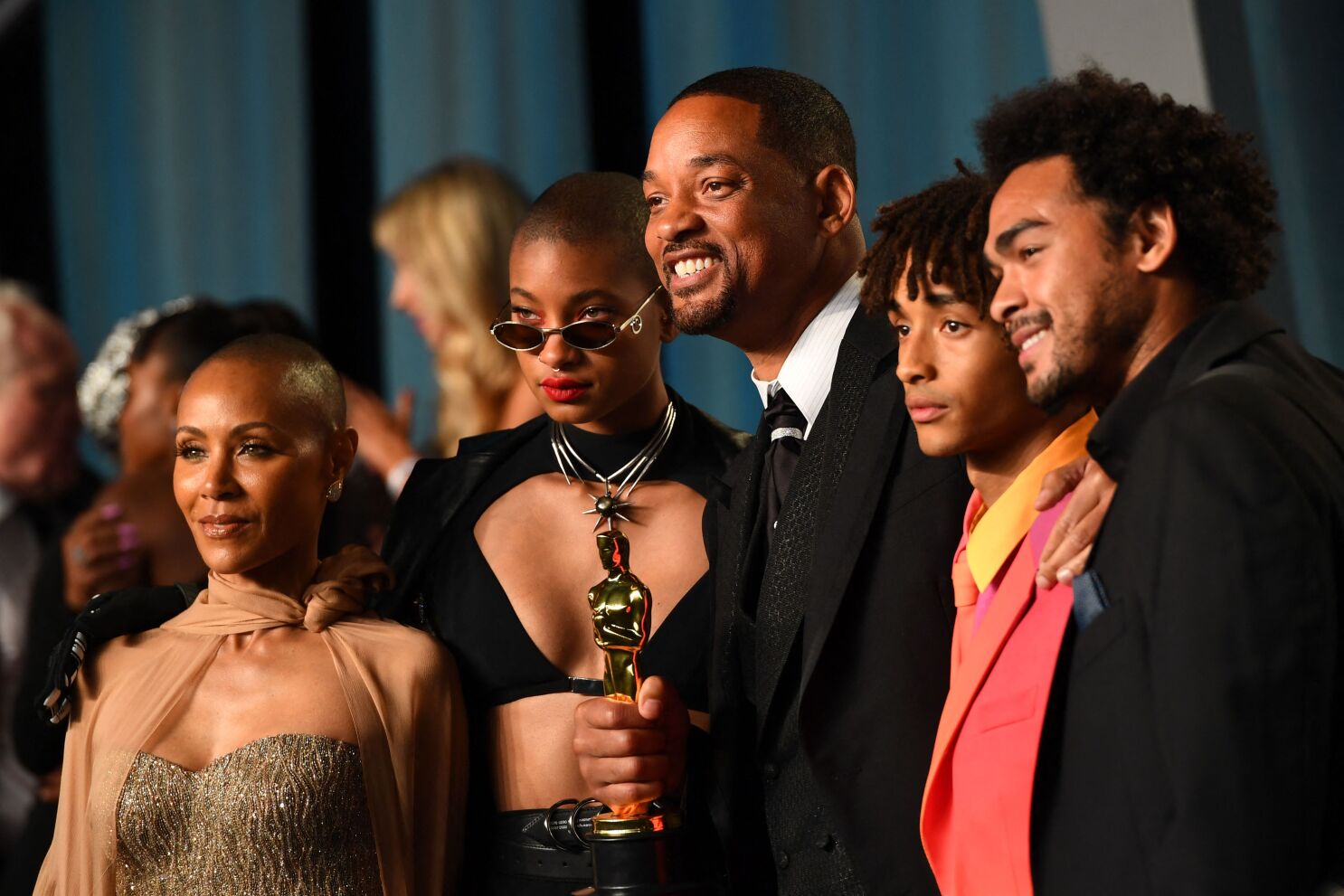 Rock has not spoken out extensively about the incident, and he has not filed a formal police complaint against Smith.

The comedian made his first remarks about the slap during a stand-up comedy show on the Wednesday after the Academy Awards.

He stated that he was “still kind of processing what happened” and that “life is pretty good, other than the weird thing.”

The important point to note is that Smith did not apologize to Rock, the target of his angry conduct that has dominated coverage of the otherwise well-planned event.

“I was fogged out by that point. It’s all fuzzy. I’ve reached out to Chris and the message that came back is that he’s not ready to talk, and when he is he will reach out,” Smith said. “So I will say to you, Chris, I apologize to you.”

On an episode of her talk show “Red Table Talk,” Pinkett Smith addressed the slap, emphasizing a sense of empathy for both Smith and Rock.

“Now, on to Oscar night… My deepest hope is that these two intelligent, capable men can heal, talk it out, and reconcile, “She stated. “Given the state of the world today, we need them both, and we all need each other more than ever.”

What were the consequences of “The Slap”?

Smith was barred from attending any Academy of Motion Picture Arts and Sciences events, including that of the Oscars, for ten years by the Academy’s Board of Governors.

“The Board has decided that Mr. Smith shall not be permitted to attend any Academy events or programmes, in person as well as virtually, including but not limited to the Academy Awards, for a period of ten years beginning April 8, 2022,” the institution said in a statement.

Smith stepped down from the Academy just one week before the Academy announced its disciplinary actions.

Ian Paget’s Boyfriend: Did he Split with Olsen Recently?

Ian Paget's Boyfriend: Did he Split with Olsen Recently?