Call of Duty’s newest update is getting many great things in the spirit of Halloween which a game mode that will be bringing terror to Verdansk like never before and some cool skins of some of the coolest and most recognized villains in movies which is Jigsaw and Leatherface. These skins will be available in bundles that will have many things in them like “Billy” skin for Morte, it will have Phlebotomozier Lethal Equipment piece as well as a special throwing knife will drill into the enemies upon hitting them. Furthermore, there is Two SAW-themed weapons blueprint which is for an Assault Rifle and one for a Shotgun. On top of this, there is Cargo Truck skin, a tricycle Charm, and four pieces of personalization content.

On the other hand, the “Leatherface” skin for Velikan, will have a blueprint called “Family Heirloom” for an LMG, which comes with a unique Stock attachment which will allow an operator to wield that weapon like a chainsaw. This bundle will include “Anybody Home?” which is a melee blueprint that turns Secondary into a one-handed hammer. There is also an SMG blueprint weapon, a vehicle horn, and five more Texas Chainsaw Massacre-themed items. Along with this update, there is a new gun which is a Shotgun that is called JAK-12 which is a fully automatic shotgun that is said to pack enough power to destroy an entire enemy squad. The fire rate of this gun is the fastest in its weapon category and upon leveling it up will unlock attachments which includes explosive 8 Round FRAG-12 Mags which deliver explosive payloads as well as a 32-Round Drum Mags which is the largest capacity magazine for any shotgun in the entire game. 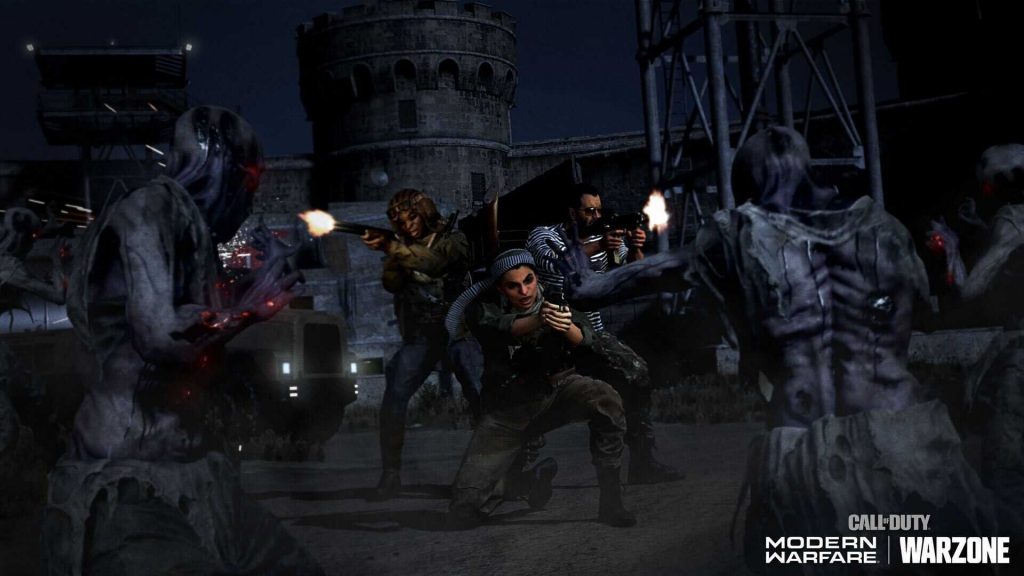 For those that want to unlock it, they can do so by completing an in-game challenge or a blueprint variant can be acquired by buying the “Lacedaemon” Store bundle. The update will also be bringing a zombies mode as well that will pit squads against the horde of Zombies which will be set in the nighttime that will give advantage to the Zombies but to counter it players will have to take out their Thermal optics to see these monsters. Players will be fighting against as well as alongside powerful zombified creatures. This will be a limited-time event and those that want to enjoy it will have till 9 November to play this mode. There is a twist in the game mode in which that Players that are killed are sent to the Gulag will instead now come back as a zombie. Once players become Zombies, they won’t be able to use weapons but they will have abilities like increased speed, improved jumps, powerful melee attacks, and lastly thermal vision.

But there is also a chance for any player to come back to life. They will have to collect two Syringes which will grant that player the ability to come back to the fight with their loadout on their Squad for a second chance. The last remaining squad will be the winner. This is a pretty interesting mode and it is available right now for you to play. There are many more details on this update that you can read for yourself by clicking right here.