Call Of Duty Modern Warfare/Warzone Season 6: Everything You Need To Know About It

Call of Duty’s new season has kicked off and it has a lot of things in store for the players. The much-awaited subway system has been added to Warzone which is a very fast traveling system that combines some interesting points on the map. There are some rules to it that everyone should know about, first of all, is that this place will have some loot that can be found the way to that station’s platform. Players can get on board at the subway station that will take them to the next station very quickly. This subway won’t be taking the players the stations that are outside the safe area during Battle Royale matches and also it won’t move a single inch if there is any fighting going on aboard one of its cars. There is also a new mode coming which is called Armored Royale which is a high paced mode that gives each and every squad an armored Cargo Truck that comes with a turret and a ton of armor plating. 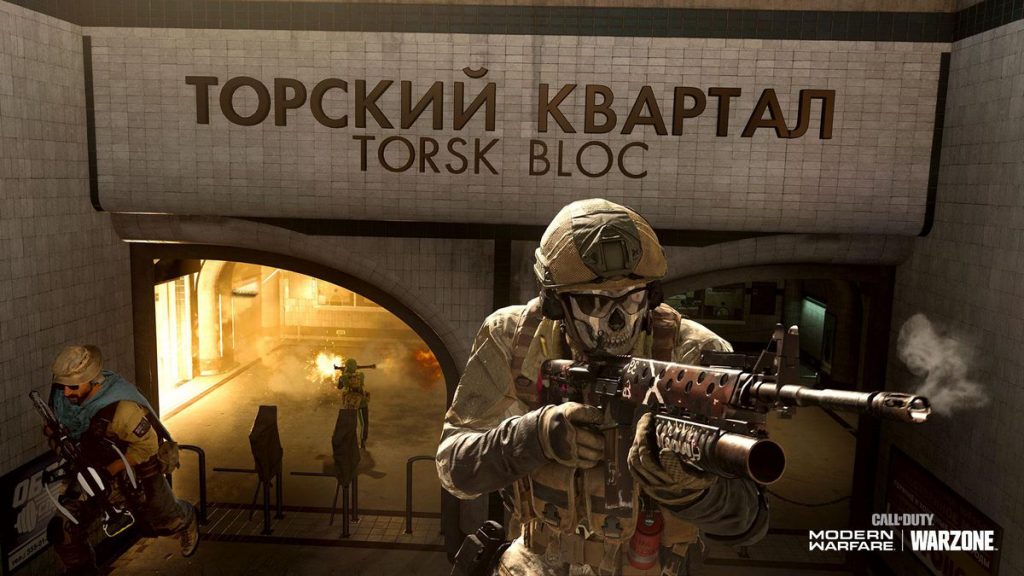 Teammates can be respawned on their trucks if it is in one piece but when the truck is destroyed, that team won’t be able to return to the fight. The last remaining squad wins and it won’t matter if their truck rolled out of a repair shop or its parts scattered around the map. There is another thing which is called Weapon Rotation in which there are numerous boxes throughout the map on the ground as well as in Supply Boxes. It is a combination of familiar arms and new blueprints which will be the part of Season Six weapon rotation that will include six Common, 10 Uncommon, 13 Rare, 18 Epic, and 24 Legendary variants. The multiplayer section of the game will be getting even more content and it will be for those that have the full version of Modern Warfare. Some of them are Station, Broadcast, and Mialstor Tank Factory, and down below you can see the details of the map

This is a rural Kastovia train station that serves as a backdrop in the Gunfight arena. This is location is filled with abandoned military cargo trains and it has a simplistic design that favors those that know about it. Players can climb on top of every boxcars and passenger car but there is a price in which that they will be exposed from every side. But these aren’t the only opinion as there are crates, containers, and even tank parts that can be used by the players to have the height advantage.

This is a map that made its cameo in Verdansk that is within the BCH TV Station zone. This is an old map from Call of Duty 4: Modern Warfare which many Call of Duty veterans will remember. An old player that played this map back in 2007 will experience the same territory while going into the abandoned communications center.

This is a map that is built for 6v6 and 10v10 play and it changes its dimensions which depends on the size of the lobby. There are many areas that can be explored like workshops, skybridge, scrapyard, shipping area, and residential zone. Some of the parts of the map aren’t available because it is used for 6v6 combat.

There are two new guns that have arrived in the game one is an SP-R 208 Marksman Rifle that is the most accurate weapon in its class. The second one is AS-VAL Assault Rifle which is a rare Soviet powerhouse chambered in subsonic 9x39mm ammunition and it comes with a suppressor. There are many more things that are arrived in the game and you can check the entire patch notes by clicking right here.