Elder Scrolls 6 likely to be a Xbox exclusive

Bethesda Softworks, the game publisher responsible for game series like the legendary Doom, Fallout, Dishonored & The Elder Scrolls, will now belong to Microsoft after an acquisition process.

This Microsoft move is evident; the American company wants to be ahead in every aspect of the race against Sony, and while the exclusivity rights for distribution of these popular games aren’t yet cleared. Multiplatform games are —in chess terms, on the check.

Bethesda’s marriage to Microsoft will imply a full integration to the Xbox Game Pass offer, and this acquisition isn’t cheap, it is valued at least at nearly eight billion US dollars. 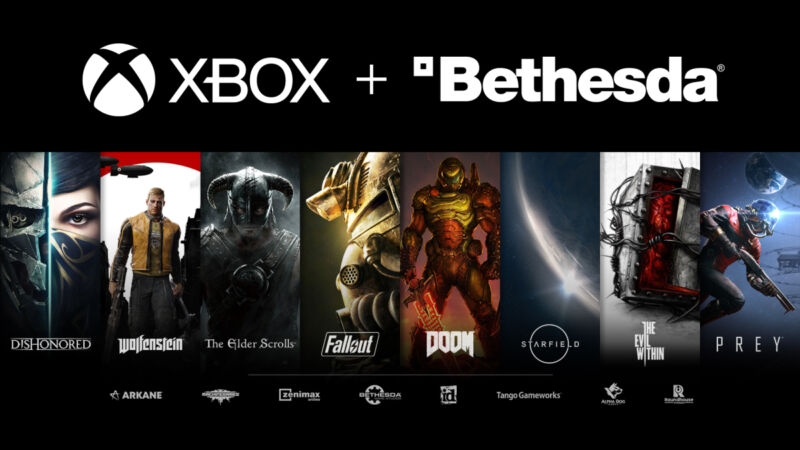 Bethesda’s long-running history in the gaming world brings us classics and fan favorites, with their nearly 2500 employee roster at its other branches like id Software, ZeniMax Online Studios, Tengo Gameworks, Alpha Dogs, Roundhouse Studious, Arkane and Bethesda Game Studios itself, Microsoft bags a whole bundle of entertainment and creatives that will develop the next generation of digital time-crunchers for the next generation consoles in this decade.,

With titles to its name like the popular Fallout series —with over a billion downloads—, coupled with the latest hardware technology that the Xbox Series X and S have to offer for gamers, it is a sure win for Microsoft they try to take the gaming console throne.

Microsoft is no stranger to making significant acquisitions. Over the past decade, the American company bought the RPG makers InXile Entertainment and Obsidian —peanuts compared to gaming giant Bethesda. When the Bill Gates clique sets their mind on something, they have the means, both economically and influential, to go about their business and get what they want.

While no one could have foreseen the intentions of Microsoft to wrap its tentacles around Bethesda —the spotlight was focused on the TikTok drama— the company is in an excellent position for the future of gaming titles.

Acquisitions also imply the revision of how the acquired company embarks on its current and future projects. For a veteran software company like Microsoft, whose dealings and adventures in markets like the giant databases of TikTok, or their recent win of the massive bid to develop the US military Pentagon cloud service, Microsoft is well embarked in the exploration of a myriad of tech-related benefits whose strategic alliances with other key players could put them in a competing seat with other significant players in the segment like Apple, Google, Amazon or Huawei.

Before the Microsoft acquisition of Bethesda, the studio and game developer already had some distribution deals with Sony of some titles like Ghostwire: Tokyo and Deathloop. Still, it’s up to strategic management within their new handlers to decide on whether multiplatform distribution remains a good thing for the company or just entering an exclusive deal with Xbox in regards to the upcoming titles that they can offer.