Apex Legends’ new update has arrived, which brings a ton of things to the game, and the game is now available on Steam, which increases its fanbase even more than before. The newest edition of the game is the brand new Legend called Horizon, who is a talented scientist as well as a master of gravity manipulation. She is equipped with a custom spacesuit, which grants her the ability to control her movement when falling from great heights in the air. The technology that she possesses allows her to give her team a vertical boost as well as deploy NEWT, who is a small robot that is named after her son Newton which can drop a micro black hole that pulls opponents towards it. All every legend, Horizon possesses three abilities.

The passive ability is called Spacewalk, which allows her to increase the air control and reduce fall impacts. The tactical ability is called Gravity Lift, which reverses the flow of gravity that lifts the players upwards and later boosts them outward when they exit it. Lastly is the ultimate called Blackhole. Upon releasing NEWT, that robot creates a micro black hole that pulls people towards it. There is a new map called Olympus, which is a sky city which is floating among the clouds of Psamathe. This is a place where the brightest minds of the Outlands could gather and exchange ideas. 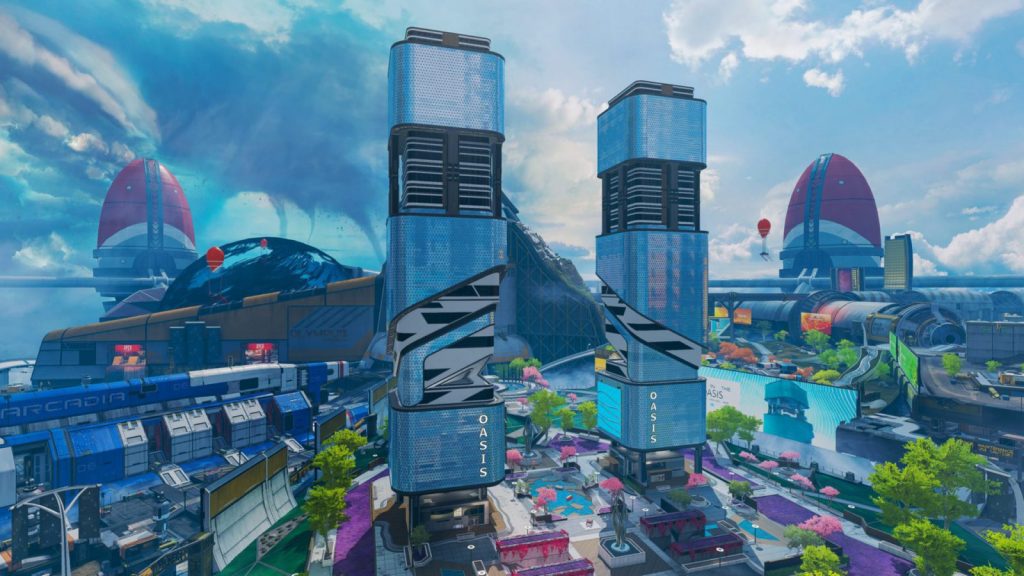 But unfortunately, an accident occurs in one of the experimental research facilities that led to the creation of Phase Rift, and because of that, the city was abandoned. This place now is a battleground that consists of luxurious places like rotating agricultural towers, beautiful gardens, and classy restaurants serve as new stages for intense battles. To travel from different places, there is a thing called The Phase Runner, which is Phase energy that is running through the center of Olympus. This will allow the players to cross the map in mare seconds. Furthermore, there is another way to cover the distance and to make the fights even more interesting. There are new vehicles added to the game, which will take you to different places in no time.

This new vehicle is called The Trident, which is exclusive to the Olympus map. It is a hovercar designed for a whole squad. This will allow the players to move from one place to another at high speed quickly. The person that is driving The Trident will be driving it in the third person, and those that are at the passenger side will have the first person with full shooting capabilities. This vehicle is durable, and because it won’t explode, but the damage from the enemies will be dispersed amongst the players in the car. Furthermore, this vehicle can interact with some of the Legends abilities in many different ways. With the game available on steam to download, if players come from Apex Legends, all of their progression and unlock will carry over. Also, for a limited time, those that log into Steam will receive these Half-Life and Portal inspired weapon charms.